We love to be scared.

We love to tell and hear stories of dark roads, abandoned buildings, of disappearance, murder and ghosts. Sometimes, the stories take a life of their own. They evolve as they are told, person to person,  until they become legend; a story that is told as if it is historical fact. These legends warn us of dangers, tell us of the horrors endured by others and let us know what awaits us if we dare venture to the place where the legend was born.

Where do the stories begin? Often, it’s hard to tell. They involve a time long since past. Most legends are shared throughout generations, far removed from those who actually experienced the events or heard the tales for the first time.  It is because of this, the basic nature of a legend, that it’s hard to know if the events really occur as they are told. Sometimes it’s hard to know for certain if they really occurred at all. The goal of this website is to share not only the urban legends and stories of haunted locations around Colorado, but also the true history behind them. 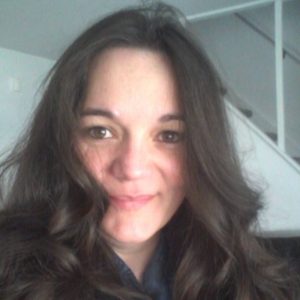 This site is maintained by me, Misty White. I am the sole researcher, writer and photographer for the stories contained within it, unless otherwise stated. If you wish to use any of my articles or photographs you find within these pages, please ask for permission as it is copyrighted. The hours spent in libraries, conducting interviews, combing through old police records and countless miles driven deserve at least that. Sourcing information involves putting the information into your own words, not reciting the source word for word. I unfortunately have to make this requirement due to others taking my work and profiting off of it in places like YouTube.

I became interested in researching urban legends and haunted locations originally through an interest in abandoned locations, which introduced me to ghost hunting/paranormal investigation groups. With a skeptical perspective, I was involved with a few groups throughout the Denver metro area, but always focused on finding out the psychological underpinnings and rational causes for reported hauntings and paranormal experiences.

In the fall of 2000, I discovered one of the legends of Colorado on Third Bridge in Aurora, Colorado. I found that I wanted to know more about the “Indian Massacre” that is said to be the cause of the ghostly Indian drums that can be heard when the Bridge is visited on a cool, dark night. Was everything as it was told? Is the Bridge haunted by the spirits of those who lost their lives there? I wanted to see and know more. I had too many questions. When did the Massacre happen and why? What existed in this area before? No one I spoke to knew the answers so I began the research on my own.

The answers I found led me to question other legends and stories of haunted locations. I found that each legend holds many embellishments and also pieces of truth. I have found that knowing the true stories behind the legends adds to the experience and not, as some would expect, ruin them. Names and faces are placed upon the stories when the truth is known. It becomes more than a story that has a life of it’s own…it becomes a story about a life; someone who lived, loved, and died. It evolves from legend to human. A connection is made with the story, beyond the thrill of being scared.

A lot of time and effort is put into the research of these urban legends, sometimes over the span of years. I hope you enjoy the fruits of that effort and find the information as useful as I have.